Root system is the underground non-green or non-photosynthetic part of the plant body. It fixes the plant body firmly to the soil and it absorbs water and minerals from the soil. In plants, the first root develops from the radicle of the germinating seed and it is known as the primary root. The thin branches that arise from the primary roots are known as secondary roots. The tiny thin roots that branches out from secondary roots are known as root hairs. Root hairs of the root system are mainly concerned with the absorption of water from the soil.

The following are important characteristics features of roots.

In this type of root system, there will be a bulky mother root or taproot and is developed from the radicle of the germinating seed. The mother root always grows vertically downwards in the direction of gravity. This main root is known as the Primary root. On this bulky taproot there develop long thin secondary roots. These roots grow somewhat laterally from the taproot. From the lateral roots, there arises a large number of thin unicellular root hairs. These roots are known as root hairs or tertiary roots. So a root system with a bulky tap root, thin long secondary roots, and finally with numerous tiny root hairs together known as 'Taproot system'. The Taproot system is a characteristic feature of all dicot plants. Taproot system can be found in Bean, Groundnut, Gram plants, etc.

Root system of a plant will carry some vital functions for the plant.

Roots show various specific modifications to carry out some specific functions to serve the needs of the plant.

In some plants, taproots show certain modifications in their normal structure to serve some additional function to the plant body. 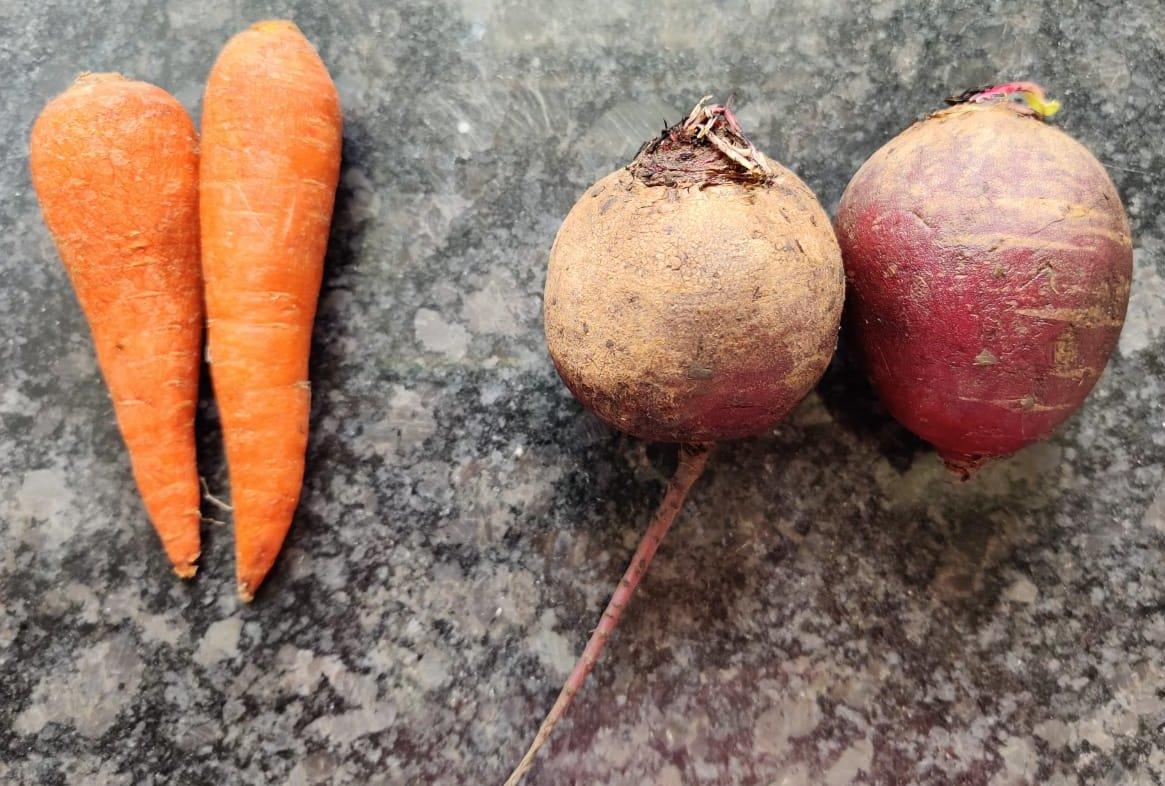 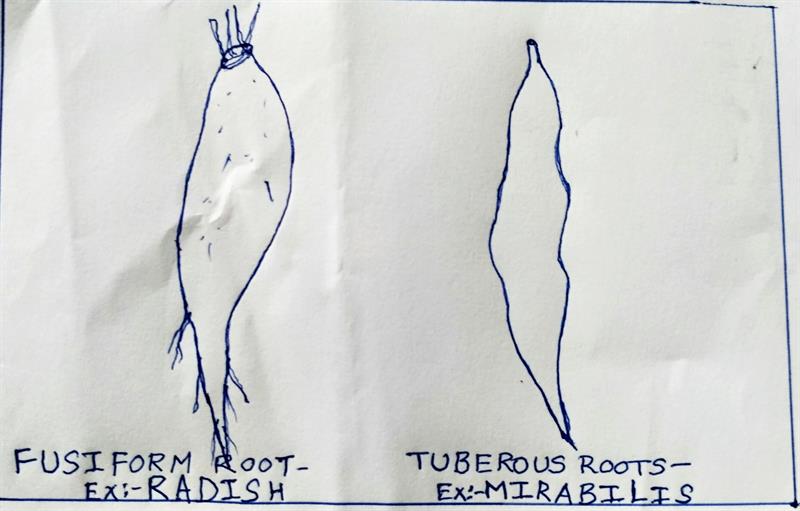 Fusiform and Tubercular Storage roots (Diagram by the Author)

In some plants, the adventitious roots that develop from any part of the plant other than taproot will aid to serve in the storage of food, mechanical support, and other vital functions of the plant body.

Adventitious roots in the storage of food

Like in taproots, adventitious roots of certain plants also accumulate food in them for their future utility. According to the shape they acquire, they are classified into several types. 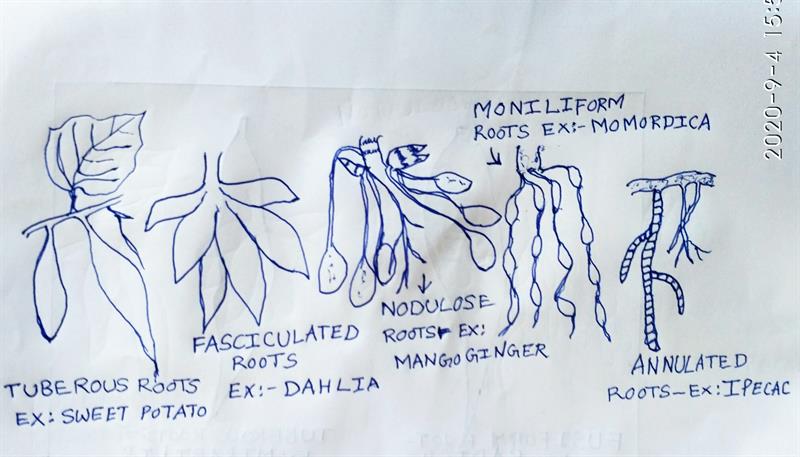 Different types of storage Adventitious roots (Diagram by the Author)

In some plants, the adventitious roots helps in providing support to the plants in different ways. 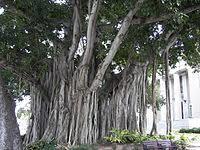 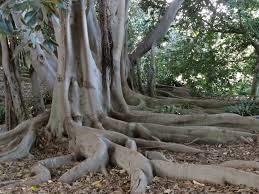 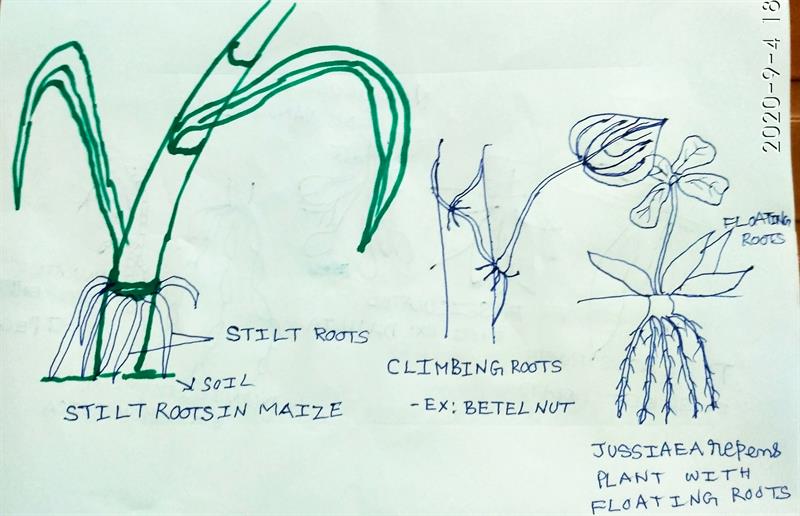 Stilt roots, Climbing roots, and Floating roots in plants (Diagram by the Author) 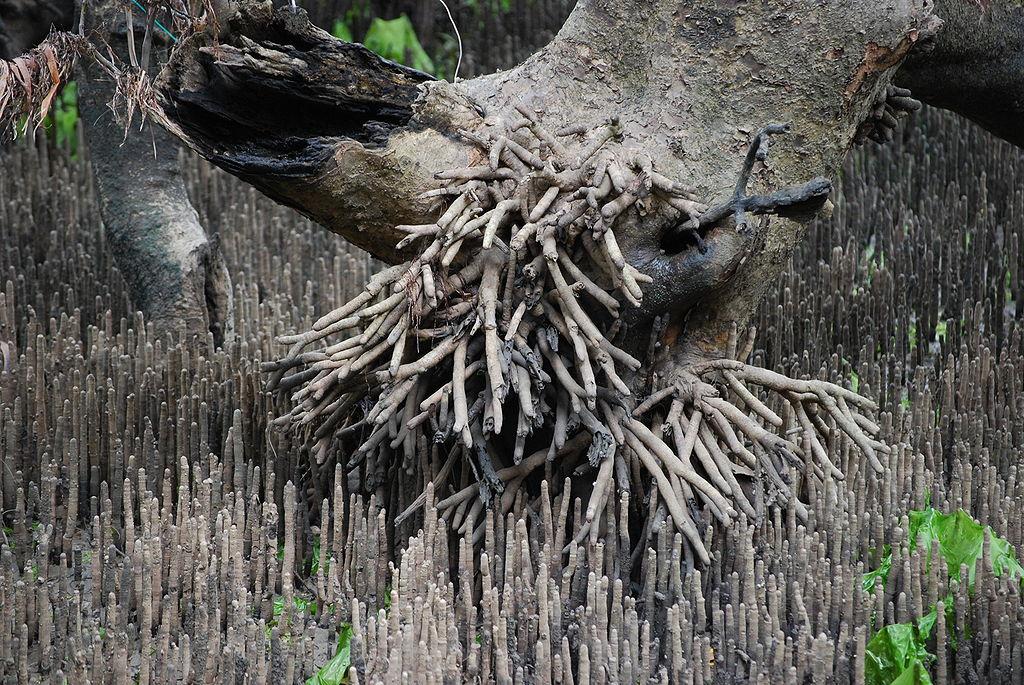 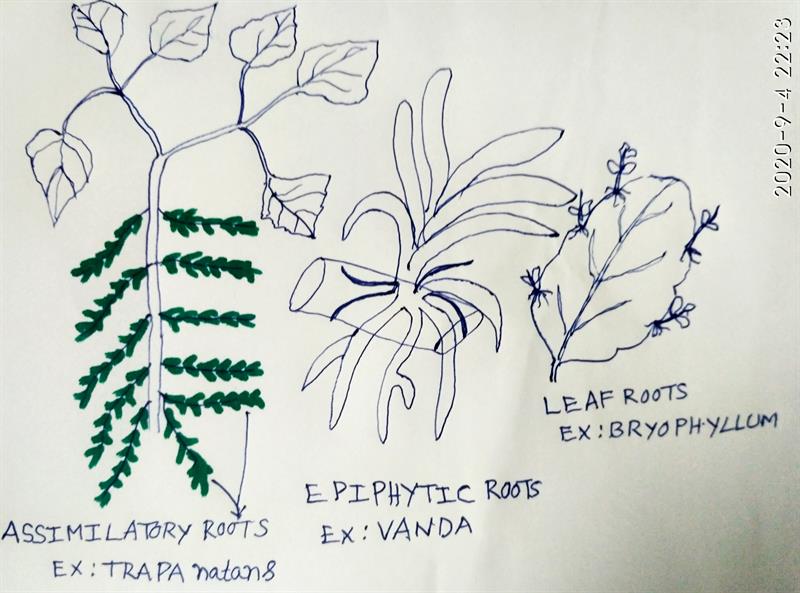