Importance of circulatory system in humans

Double circulation of the blood in humans

Circulation of blood two times through the heart before it gets distributed throughout the body is known as Double Circulation. Double circulation is a characteristic feature of blood circulation in human beings as well as higher vertebrates. 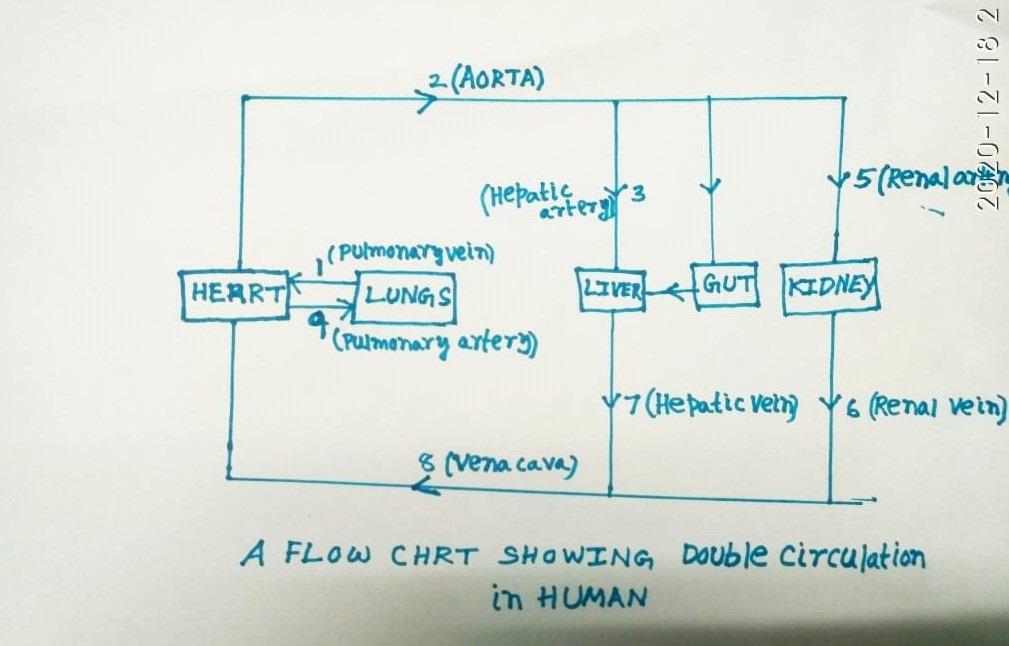 Flow chart designed by the Author

The flow of blood into the auricles and the ventricles occur simultaneously. When the right auricle expands to receive the blood from the vena cavae, the left auricle expands to receive blood from the lungs by pulmonary veins. The expansion of auricles to receive blood and its branches supply oxygenated blood is known as auricular diastole while contraction of auricles to pump blood into their respective ventricles is called auricular systole.

The pumping of blood into the pulmonary artery and aorta occur simultaneously by the contraction of the right and left ventricles. This is known as ventricular systole. After this for a period of time, the ventricles expand to get filled up by the blood. This is known as ventricular diastole. One systole and one diastole form a cardiac cycle and that takes about 0.85 seconds.

Significance of double circulation in humans

The author made an interesting observation through this article and illustration as to the flow of double circulation system in a human being is explained in the easiest way to the understanding level of the readers and members and we never gave a thought that if double circulation system occurs there cannot be a setback of life with illness and the person would be hale and healthy because the circulation covers all the important organs and parts of the body and if covers the same in the reverse system that would be revisited again and immunity obtained for sure. The essence of the circulatory system is to keep the heart hale and healthy and that gives us the leverage to live long without any complaints. As long as the heart, lungs, liver, gut and kidney are functioning well there is no question of tiresome illness and the person would be always young even in the older age.