The light of education is essential for every human being as it helps to develop wisdom, financial survival skills, and several other capabilities. Therefore, the government of India initiated to pass the 'Right to Education Legislation' during the year 2009. Surprisingly, the education system of India is not escalating on the scale of development for a long period of time.

Due to several major factors like inappropriate infrastructure, low education quality, harder accessibility, low affordability, and more time consumption, the development in the education system has been halted.

What Does Education Gap in India Means?

We have seen our nation developing at a high pace in many sectors, in numerous aspects. Unfortunately, the education sector still operates at the same rate as it did five years ago. By the end of the year 2019, India became the home to 313 million illiterate people, out of which 59% were women. Every country's human capital is known by its literacy rate and defined by the quality of education it offers to its people.

India may achieve universal literacy for youth by the year 2030 if the country focuses on improving the quality of education, appropriate digitalization in academics, and prioritizing digital literacy. To achieve the stage of universal literacy, the nation must prepare its youth and present generation for future jobs through high-quality and premium education facilities like online learning.

History of Education in India

The oldest recorded formal education system in the world was in eastern India, in the 5th Century CE, known as Nalanda, where all subjects taught were in Ariano (Pali language). Along with the development of Buddhist monasteries, secular educational institutions that imparted practical education started to surface. Various urban educational methodologies came up between the span of 500 BCE to 400 CE. 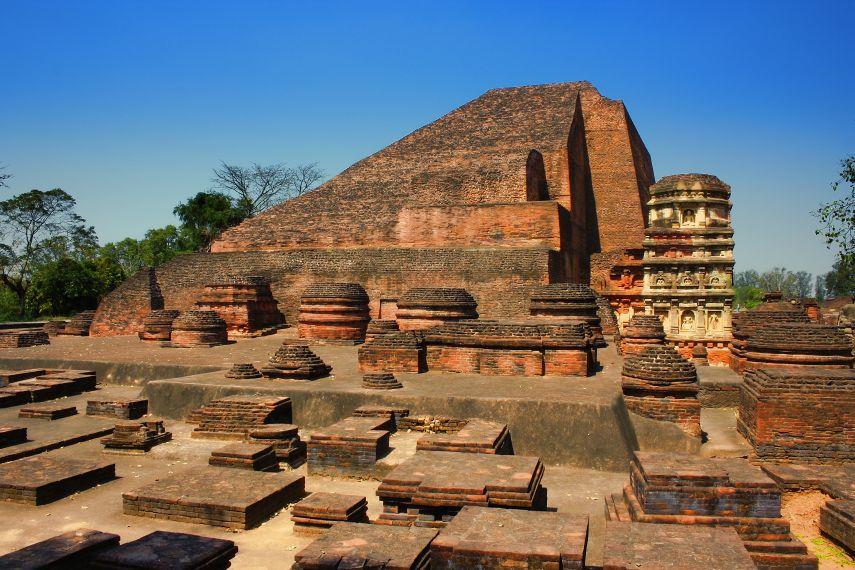 Along with Nalanda (in modern-day Bihar), Manassa in Nagpur was known as the second most important urban learning center. Numerous foreign students were attracted to the education methodology of Nalanda and Manassa, which is why, foreigners used to study Buddhist Pali literature, logic, Pali grammar, etc. Chanakya (from the foundations of the Maurya Empire) was known as one of the most famous and prestigious educators. His logic, sayings, quotes, and lessons are still used as academic resources in various parts of the nation.

Education in India during the British Rule

The stratagem and methodologies of education started to evolve when the Britishers stepped into India. To assist the East India Company in the administration of the land, the Britishers required some educated Indians. The company was in a huge requirement of clerks and administration representatives due to which the Britishers had to develop a modern education system in India. In 1791, Jonathan Ducan started a Sanskrit College in Varanasi that focused on the stream and study of Sanskrit philosophy and laws. Along with this, the East India Co. started the establishment of several schools in every part of India. Education became the primary and vital objective of the government when the Charter Act of 1813 passed.

The Current Education System of India

The education system of India has classified schooling into four levels: lower primary, upper primary, high, and higher secondary. The lower primary school is further divided into five 'standards', upper primary school into two, high school into three, and higher secondary into two. In total, the schools in India consist of twelve grades (excluding preschool and kindergarten). Additionally, all the students (nationwide) have to follow a fixed curriculum throughout their schooling period.

Statistics of the Indian Education System

With the highest literacy rate in Kerala (96.2%) and the lowest literacy rate in Bihar (66.4%), the total literacy ratio of India is 77.77% (out of which the male literacy is 84.45% and female literacy is 70.34%). Despite a large number of physical schools operational in India, more than half (around 38 million) of the children (6 years to 14 years of age) do not go to school. Moreover, 53% of the girls in India are not encouraged to learn and educate. 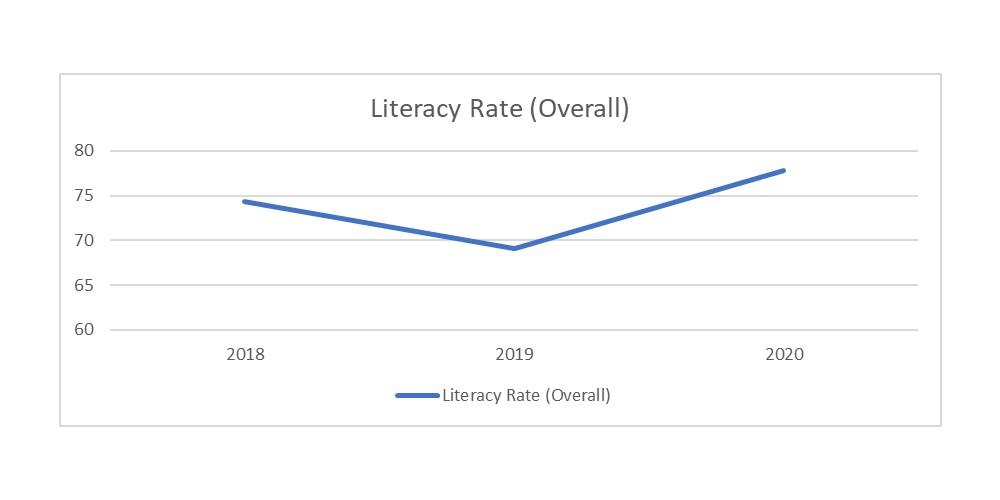 As mentioned above, the Indian Education System has halted its pace of development due to reasons. These reasons majorly include inappropriate infrastructure, low education quality, more difficult accessibility, low affordability, and more time consumption.

Inappropriate Infrastructure: According to the analysis, several schools in India do not have proper classrooms or infrastructure. Some schools have such poor infrastructure that further affects the hygiene and environment of the school.

Low Education Quality: Numerous factors decide the quality of education in a particular nation. These factors include the study material, quality/quantity of teachers, and quality of the curriculum. The education quality in India is not yet improved to compete with the international education systems.

Difficult Accessibility: The accessibility to proper education is a concern for every student. According to the facts, almost 32% of schools are at least 3-7 kilometers far from a student's residence, making turning its accessibility harder. Several thousand students face incapability in traveling to their respective schools every day due to difficult accessibility.

Low Affordability: The educational expenses in India touch the ceiling for every student who is part of a private or semi-private educational institution. Miscellaneous charges like developmental fee, late fee, traveling expenses, activity fee, etc. have to be paid by every student annually, making it hard for financially challenged families to go for private, public schooling.

More Time Consumption: An 8-hour long day at school consumes almost 66.66% of a student's day. Extra-curriculum activities like sports, artistic work, and creativity are not always supported due to the lesser availability of time. Continuous learning also renders the students sluggish for the rest of their day.

How Can an Online School Help in Overcoming these Education Gaps in India?

Overcoming the education gap requires the completion of the process of digitalization in the education system. The methodology of education in India has been the same for a very long period. Adopting the global education standards while accepting the new mediums to impart effective teaching is the only way to overcome this. K8 Online School is India's first and only recognized online school, accredited with Cognia (the world's most prestigious accreditor), providing the highest quality of education to students from kindergarten to 8th grade. K8 School is an exclusive concept that digitalizes the complete education system of India. Interestingly, students can reserve a seat on the school's website to book a demo class and experience online schooling – the revolutionary ideology to digitalize the Indian education system.

India can overcome the hindrance of the education gap by eliminating the problems that are being faced in the sector. On the contrary, online schooling turns out to be more affordable, very easily accessible, time-saving, efficient, and quality-oriented than the physical or offline schools that may compromise with the above factors, including the appropriate infrastructure.

How Education Related To The Development Of Our Country

New Zealand is combination of a perfect country, metropolitan cities, serene towns and Educational Institutions. Most colleges there offering Higher Education are well known all over the world. It is the goal of the New Zealand Government to make all colleges there at par with International quality learning institutions.In this resource I will review New Zealand as a place for higher studies and as a country in general.

Can privatization of education system and Right to Education Act go together?

Recently, there was news that government is planning to privatize the complete educational system. But, the question arises that will this new scheme really be effective? Does the scheme have the capabilities to implement the Act of Right to Education for every child less than 14 years? This article explains about the pros and cons of privatizing the education system and its effect on the Right to Education Act.

Right of children to free and compulsory education act 2009

This article includes the salient feature of Right of children to free and compulsory education act 2009. I have discussed some of the important points of RTE act for quick reference. This article will immensely help all teachers, students and parents of India.

India is a country having a high density of population. Due to various reasons and policies of the rulers here, the gap between poor and rich is very high. There are many poor families who are not able to see that their children will get a proper education. The families concentrate more on winning their bread for survival rather than imparting education to their children. Even today we see in rural areas children who are not going to school and start helping their parents in their work. Because of this, the literacy rate in India is very less. Regular schooling is a problem for these people as the same hours they use for their earnings.

Online education is a boon to such people. They can spend some time during their leisure time to read and write through this online education. That will help them in acquiring new skills and their chances of getting a good job will increase. There are people in villages who wanted to get educated but they couldn't due to the clash of timings. Now, these online schools will help them to study. I think the ministry of education should think of using this online schooling mode for the benefit of middle-aged people also.