Holding the crown for the QS Best Student City 2022, London has continued to be the most popular study destination amongst international students. 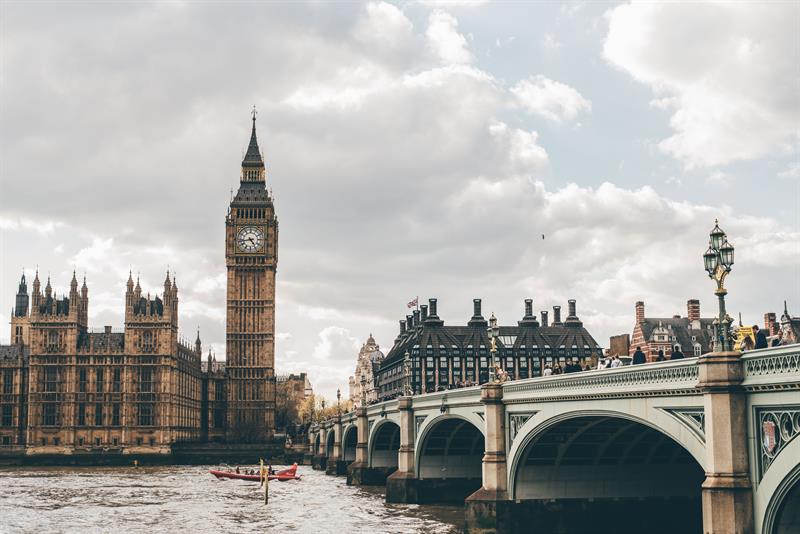 Besides being a hub of academic excellence, the city has many magnificent tourist spots that you can visit and marvel at in your free time. But don't know where to begin? It's alright! We will tell you about the five most iconic London attractions that every student must see.

This is an iconic feat of design and engineering built in 2000 to mark London's millennium celebrations. Rotating ever since over the South Bank of the River Thames, the London Eye is Europe's tallest cantilevered observation wheel and UK's most popular paid tourist attraction with over 3 million visitors every year.

The remarkable Ferris wheel, also known as the Millennium Wheel, stands tall at 135 meters and carries 32 exterior glass-walled capsules that offer panoramic views across the city as you embark on a circular tour of approximately 30 minutes. You can reserve your tickets in advance if you don't wish to stand in a long queue, but it will require additional charges.

It is an eternal fixture on the London skyline that acts as a famous symbol of modern London. It appears even more stunning at night, sparkling brightly with lights, and also serves as the centerpiece of the city's annual New Year's firework display. It is a magnificent landmark that you cannot afford to miss at any cost!

Known officially as the Royal Botanic Gardens, Kew is London's largest UNESCO World Heritage Site and is home to the world's most diverse and largest botanical, mycological collections.

Students on campus, like accommodation near UCL or Imperial College London, can enjoy a perfect day out with their friends strolling around these majestically manicured gardens. There are many onsite restaurants and cafes, too, for a tasty treat, which even offer dairy and gluten-free options. It is an ideal getaway from the hustle and bustle of the city to relish a breath of fresh air and soak up in the surrounding scenery.

One of Britain's most iconic structures, the Tower of London, is a historic castle located in the heart of London. The impressive World Heritage Site was founded towards the end of 1066 as part of the Norman Conquest and has played many different roles throughout the centuries: from prison to palace to treasure vault to a private zoo.

You can take a tour to discover the country's rich history of a royal palace, an armory, and a mighty fortress. As you explore through it, you will witness remarkable displays, such as royal armor, the Crown Jewels; hear gruesome stories; and meet the royal bodyguards, commonly known as Beefeaters--who also act as guides for tourists.

The institution is known to be the first public national museum in the world that was established in 1753. It documents art, culture, and human history from its beginnings to the present.

The British Museum shows one of the world's finest collections containing more than 13 million artefacts from the ancient world's various eras, including Babylonia, Assyria, Europe, and China. Some of the museum's famous exhibits include the Rosetta Stone, the Egyptian mummies, the Parthenon's Elgin Marbles, the bust of Ramesses II, and the hoard of 4th-century Roman silver: the Mildenhall Treasure.

Those who want to marvel at the most comprehensive collection of artefacts in the world, collected during the era of the British Empire, can visit the museum from their university campus or student accommodation and learn about its expansion over the 250 years as a result of growing British colonization. Plus, the museum offers a variety of lectures and workshops.

Originally known as Buckingham House and located in the City of Westminster is the London residence of the Royal Family of the UK since Queen Victoria's accession. It acts as a focal point for the British people during national rejoicing and mourning.

If the rooftop flag is flying, that means the Queen is inside the palace. On special state occasions, the Queen and the members of the British Royal Family emerge on the central balcony to greet the crowd.

You can take tours of the Royal Palace that is only open to the public for a few months a year, usually between July and October. One of the most popular attractions to see there is the Changing of the Guard--an enthralling display of precision and discipline--in the forecourt throughout the year, attracting many travelers annually.

Where to stay when planning to study abroad?

Amber is an international accommodation booking platform that provides a safe, secure, and affordable abode to millions of students worldwide. We are continually upgraded with the latest COVID-19 protocols and would be delighted to present you with 24/7 free assistance in finding the home you desire. You can join us on our Instagram and Facebook pages for fresh updates.

The changing trends of students and teachers

Are you parent of a child? Do you want your child should be on top in character and should bring a great name to him/herself. Read this article to know what is the behaviour of the latest generation and what are the tips to be followed

Memory Tips for Students and Others Struggling With Recall

Forgetting and memory recall are sometimes the worst situations where one can fail and this happens most of the times with students who have to remember a lot in studies and during examinations. This article gives tips for good memory in students and improving recall.

Reprimanding Students: Do you agree that it is OK to reprimand the students in front of class?

While the author has mentioned five iconic places of attraction for the students who visit London during their studies, there are many more such attractions that would baffle the international students for sure. One such ancient wonder is Stonehenge, which is a must-visit site as it would take you to the 2600 BC period of the archaeological magic of London. The students are treated to more than 300 noteworthy exhibits. And remember these are the live stones that were not buried or utilized in the past. And who can miss Edinburgh Castle which has stunning details of the Royal past? This stone architecture can be better appreciated in all details. The rooms which are dedicated to each one of the Royal Kings of those days are still being showcased. And Hadrian's wall of England would take you 2000 years back. As one goes walking by the path of the wall for about 84 km, the remains of old villages and forts are seen. Every Indian student would love this place because it represents the forts of India.